WHAT: I purchased one of these badges. It is a traditional badge that was $25 USD.

WHEN: I purchased the badge in January 2017 and recieved an update via note on April 8th, 2017 saying that it would be mailed shortly.

EXPLAIN: I purchased this traditional badge from Astropaws in January 2017. I asked if it could be completed for March as I was going to a convention. He said he was sorry he missed the deadline (not a big deal to me, I said if it was possible but no worries if it couldn't be completed) and provided me with an updated image to approve which I did. I really want my commission and I do not mind waiting a long time, as long as there are updates.

*The bottom of this first note is cut as my email is my entire first and last name. I basically said here is my email and he sent me the invoice which I paid. Unfortunately I did not keep the invoice information. 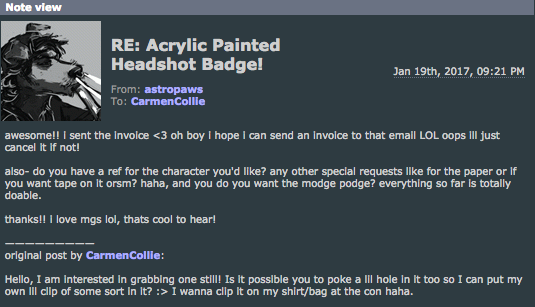 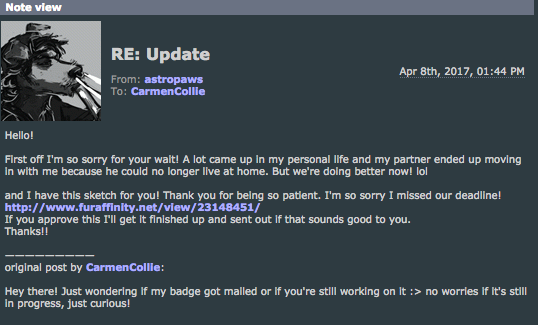 Last image: I sent a note on August 31st asking for an update. He hasn't read it yet.