Update: I managed to get a refund from Marc Leonhardt, but he was very discourteous about it, saying that he didn't want to see me or my roommate (who also had an issue with him with a commission) again on any of his sites or his stream, and that he "hopes he loses more customers like us", implying that we are to blame for this. I also practically had to force him to get me the refund, since he demanded I wait until after AC to get the payment; I wasn't willing to wait, since I had heard of complaints from people who also waited too long for their refunds, and he had already forced me to wait for 5 months for my commission without even a hint of evidence that it was being worked on.

Who: Marc Leonhardt
Where: Livestream, http://leonhardtworks.com/sitevid.html
What: Jewelery: Arcanine pendant in pewter
When: Januaru 27-31, 2013 to May 12, 2013
Proof: 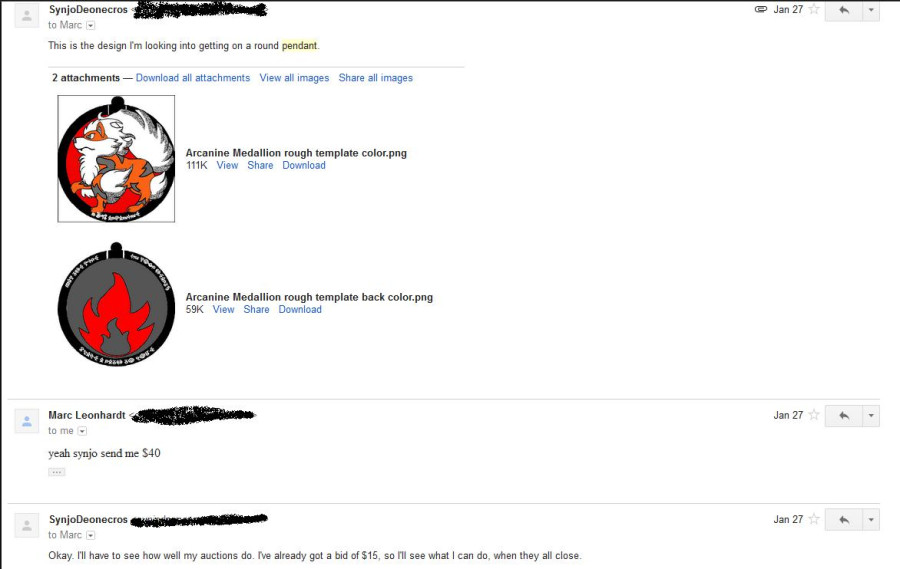 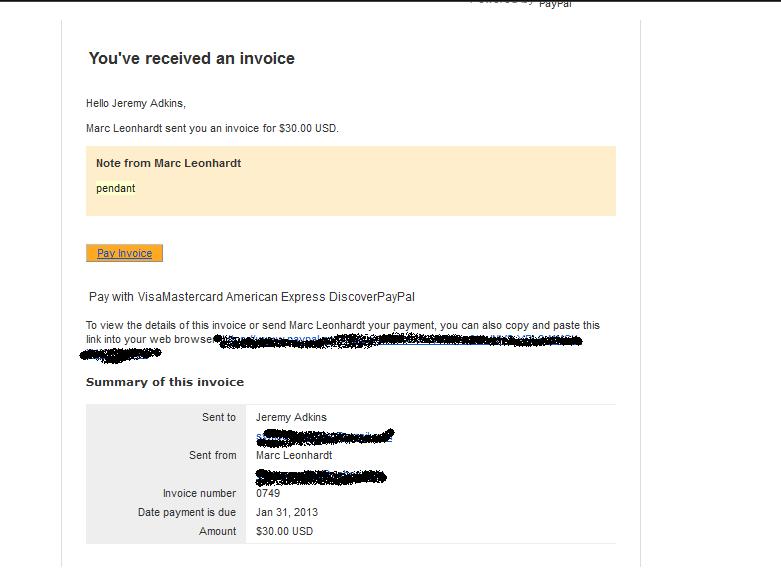 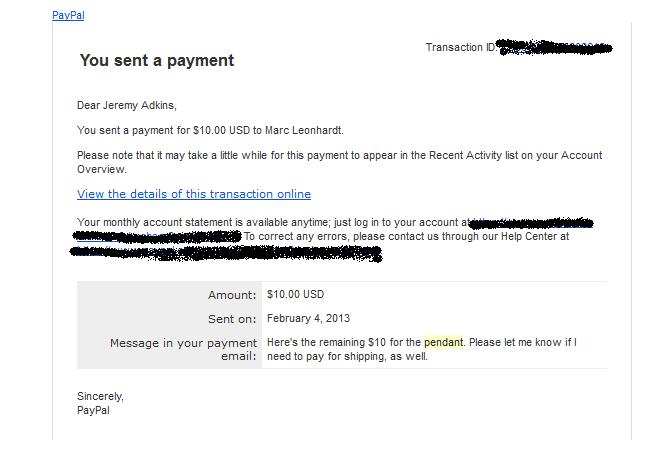 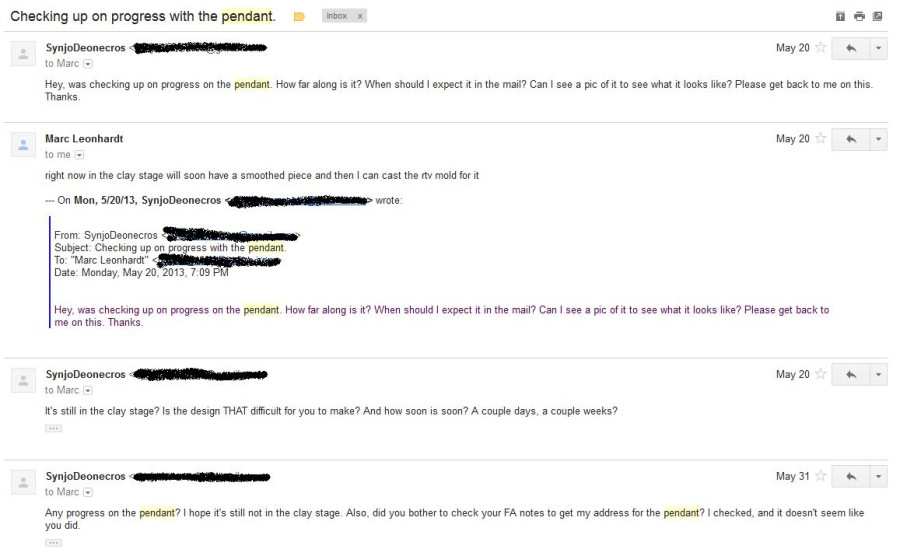 After failing to make an acid-etched pendant for my boyfriend, I decided to knuckle under and pay Marc Leonhardt for one. Instead of an acid-etched one, he said he was going to make a 3D-molded pewter version, which I was happy to accept. I paid him as quicly as I could, and asked him to try and get it done by my birthday. I've asked him for updates on the pendant both on email and on his stream several times, and each time the answer has been the same: he's too busy, and hasn't gotten it past the initial clay positive phase (meaning, he hasn't finished making the clay positive for the mold, and thus hasn't made the actual mold, yet). It's now close to July, and he's still insisting that this is the case, despite going to several events and streaming several days a week. Obviously, he's got the time, but he's being lazy about it. It seems like the only way I can get him going on this is to report him to this journal, which I don't like doing. I'm in risk of moving out, soon, which I have informed him of, but that hasn't deterred him from working on it faster. I haven't asked for a refund on this, yet, but I'm very tempted to. Any advice on how to handle this would be appreciated.
Tags: artist-marc leonhardt, beware
Subscribe
Comments for this post were disabled by the author