I've not posted on LJ in a while, as I've been more active on Tumblr, but I felt that those who still deal between the sites might appreciate the heads up.

She seemed fine with the piece I asked for. I went ahead and paid for it.

I don't hear from her for quite a few months, so I ping her. In February. 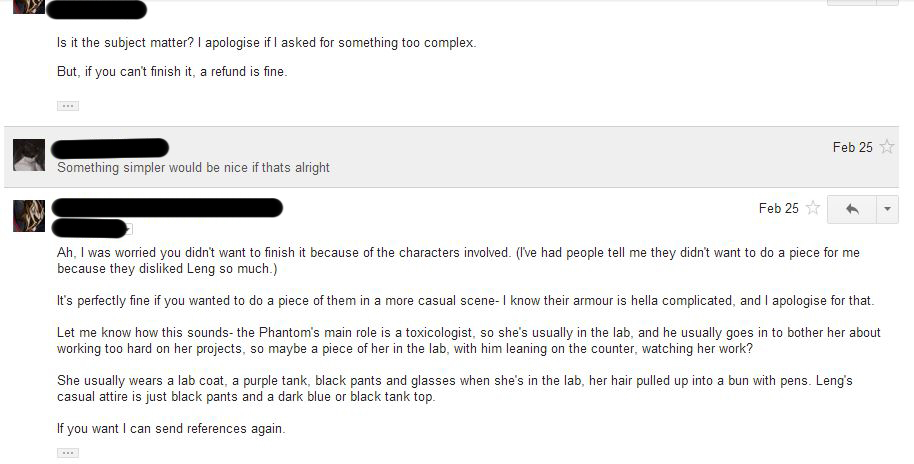 So I ping her a week ago (As seen above) and no response. I also sent her an ask on Tumblr, since I saw her post. Still no response.

I'm also a stupidly nice person, and sent the payment as a "Gift/Payment Owed" instead of "Goods/Services" to keep her from paying fees, so I am unable to dispute the payment and get the money back.

I'm normally a patient person when it comes to commissions, but this lack of communication is what turns me from patient to bitter and angry. Avoid commissioning this artist if you can, you may not get what you paid for at all.

Edit: Situation has been resolved; she got back to me finally and is issuing a refund. Still rather irritated that this took so long, but I'm glad it's done with.
Tags: artist-pleg, beware
Subscribe