WHEN: I first messaged them on January 28th, 2017. We have been in infrequent communication since then.

EXPLAIN: I have an abundance of patience for commission artists, I've waited over a year for art before, but this entire situation just feels entirely off. In addition, I've gotten no WIP's ever from them, and nothing but vague/unbelieveable excuses, including "oh I finished your piece and completely forgot to upload it, I'll do so asap!" followed now by over a month with nothing delivered. This says to me they're lieing and likely have done no work at all on the piece. If they'd been up front and honest with me, I probably would have remained patient and waited so long as some WIP screenshots came along, but there has been nothing and I have issued a chargeback request to PayPal to get the money back and take it to another artist to do the piece instead. They have barely posted any art at all since offering those Overwatch commissions, and I'm inclined to believe that I am probably not the only person who's been let down.

PROOF: Imgur gallery of every message between us, including a few screen to show my last two messages haven't even been read. http://imgur.com/a/Ua24E 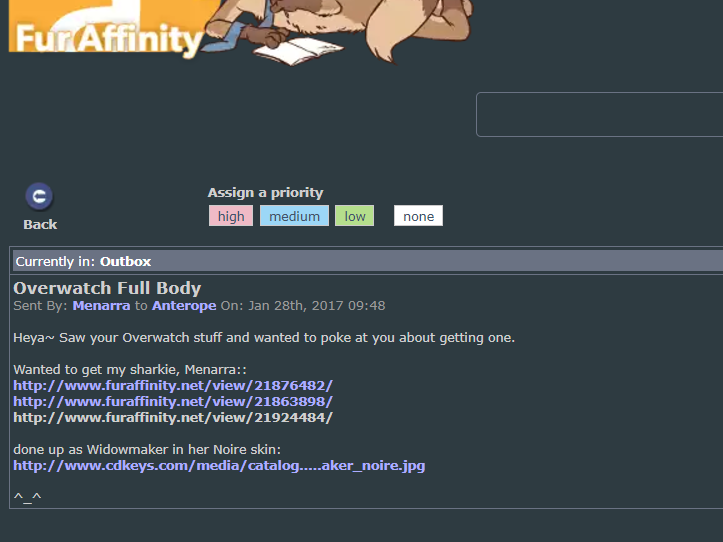 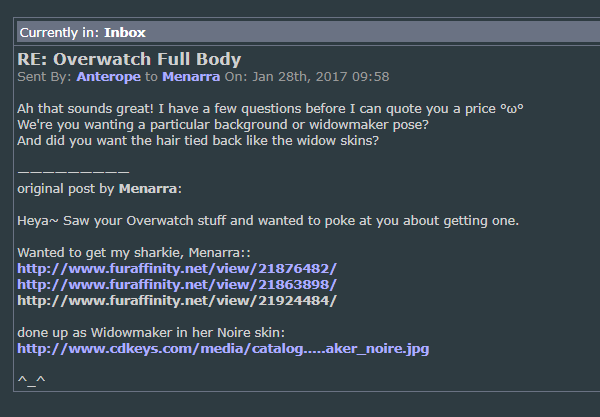 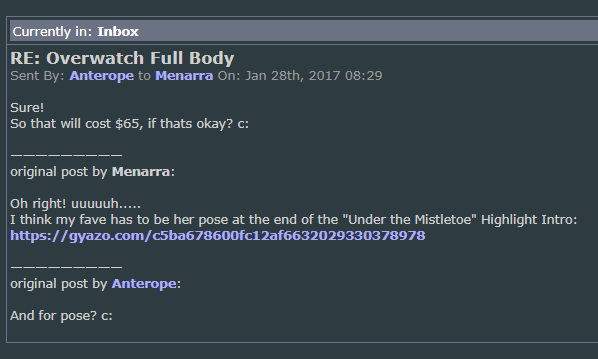 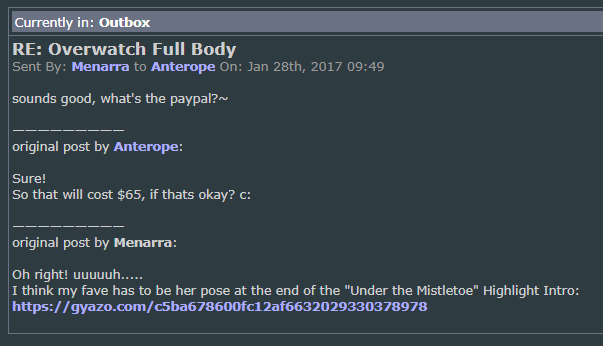 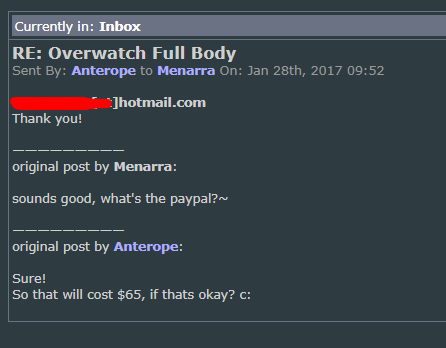 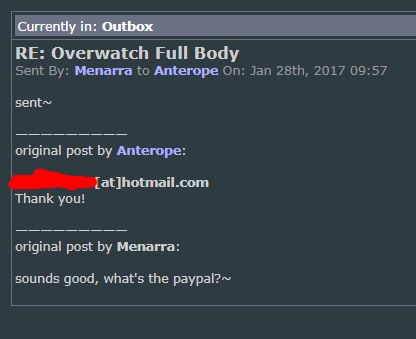 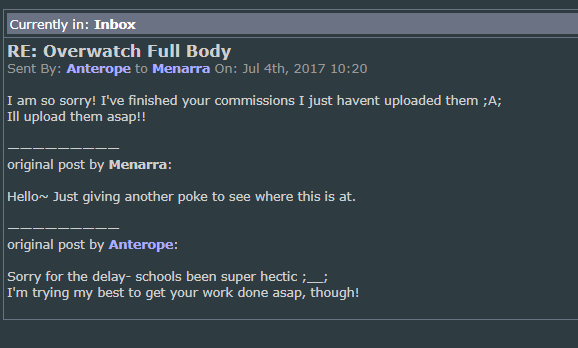 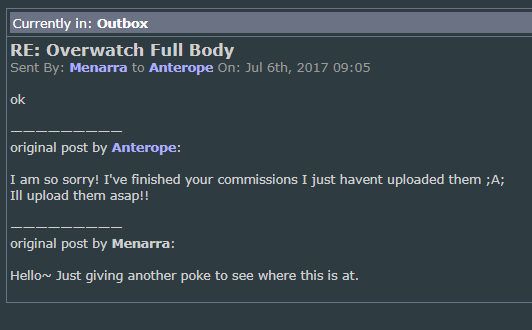